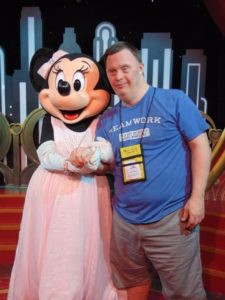 Enjoy the fun and fantasy of the Magic Kingdom, where you will see the Magical Moments Parade, Mickey’s Toon Town Fair and Frontier Land. The Magic Kingdom will captivate the imagination to the world of make believe. See the Cinderellabra- tion and find out what happens after “happily ever after.” Capture the allure and power of Hollywood at Disney’s Hollywood Studios, from Star Wars rides to the Indiana Jones Epic Stunt Spectacular and everything in between. Go on a real safari in the world’s largest animal-themed park full of attractions, adventure and fantastic animals at Disney’s Animal Kingdom. Of course this trip would not be complete without having a chance to meet Mickey Mouse himself! You will have a picture of you and Mickey in your photo album…we promise! Disney trips sell out fast. Sign up today!